The Financial Times and the “Self-Confessed Mastermind of 9/11” 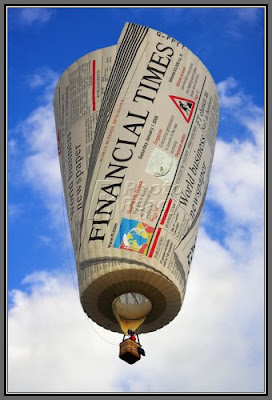 In recent days there is mounting evidence of the advance of totalitarianism in the political and media mainstream. The entire Western world, led by the United States, has embraced a Georgian regime, which invaded South Ossetia totally demolishing its capital city of 50,000 residents, assassinated 1500 men, women and children and dozens of Russian peace keepers. The US has mobilized a naval and air armada off the Iranian coast, prepared to annihilate a country of 70 million people. The New York Times published an essay by a prominent Israeli historian, which advocates the nuclear incineration of Iran. All the major mass media have mounted a systematic propaganda campaign against China, supporting each and every terrorist and separatist group, and whipping up public opinion in favor of launching a New Cold War. There is little doubt that this new wave of imperial aggression and bellicose rhetoric is meant to deflect domestic discontent and distract public opinion from the deepening economic crises.

The Financial Times (FT), once the liberal, enlightened voice of the financial elite (in contrast to the aggressively neo-conservative Wall Street Journal) has yielded to the totalitarian-militarist temptation. The feature article of the weekend supplement of August 16/17, 2008 — “The Face of 9/11” — embraces the forced confession of a 9/11 suspect elicited through 5 years of hideous torture in the confines of secret prisons. To make their case, the FT published a half-page blow-up photo first circulated by former CIA director George Tenet, which presents a bound, disheveled, dazed, hairy ape-like prisoner. The text of the writer, one Demetri Sevastopulo, admits as much: The FT owns up to being a propaganda vehicle for a CIA program to discredit the suspect while he stands trial based on confessions obtained through torture.

From beginning to end, the article categorically states that the principle defendant, Khalet Sheikh Mohammed, is the “self-confessed mastermind of the September 11 attacks on the US.” The first half of the article is full of trivia, designed to provide a human-interest feel to the courtroom and the proceedings — a bizarre mixture discussing Khaled’s nose to the size of the courtroom.

The central point of departure for the FT’s conviction of the suspect is Khaled’s confession, his ‘desire for martyrdom’, his assumption of his own defense and his reciting the Koran. The crucial piece of the Government’s case is Khaled’s confession. All the other ‘evidence’ was circumstantial, hearsay and based on inferences derived from Khaled’s attendance at overseas meetings.

The FT’s principle source of information, an anonymous informant “familiar with the CIA interrogation program” states categorically two crucial facts: 1. How little the CIA had known about him before his arrest (my emphasis) and (2) that Khaled held out longer than the others.

In other words, the CIA’s only real evidence was extracted by torture (the CIA admitted to ‘water boarding’ — an infamous torture technique inducing near death from drowning). The fact that Khaled repeatedly denied the accusations and that he only confessed after 5 years of torture in secret prisons renders the entire prosecution a case study in totalitarian jurisprudence. Having been subjected to unspeakable torture by US judicial investigators, facing accusations based on a confession extracted through torture, it is no wonder that Khaled refused a court appointed military lawyer — a lawyer who is part of a system of secret prisons, torture and ‘show trials’. Rather than portray Khaled as a fanatic seeking martyrdom for rejecting a lawyer, we must recognize that he is completely in his right mind to at least preserve the limited space and time allocated to him to state his beliefs and to relate his willingness to die for those beliefs. Confessions extracted from torture, have no validity in any court, especially after 5 years of solitary confinement. What the FT calls “the super terrorist” based on his stated “desire for martyrdom” is the admission of an individual who has suffered beyond human endurance and looks to death to end his horrible sub-human existence.

The FT’s embrace of the CIA and military’s coerced evidence and therefore their use of torture, puts them squarely in the camp of the totalitarian state. The right-turn of the FT mirrors the European turn toward US military confrontation with Russia, and the military build-up in Poland, the Czech Republic, Kosova, Iraq and Georgia. The FT by legitimizing torture has opened the door to making totalitarian judicial practices, arbitrary arrests, secret prisons, prolonged solitary confinement, torture, show trials and cover-up feature stories part of normal Western political life. Genteel British fascism is no less ugly than its blustery US version.

James Petras, a former Professor of Sociology at Binghamton University, New York, owns a 50-year membership in the class struggle, is an adviser to the landless and jobless in Brazil and Argentina, and is co-author of Globalization Unmasked (Zed Books). Petras’ forthcoming book, Zionism, Militarism and the Decline of US Power, is due from Clarity Press, Atlanta, in August 2008. He can be reached at: jpetras@binghamton.edu. Read other articles by James, or visit James's website.

Hello Everybody,
My name is Mrs Sharon Sim. I live in Singapore and i am a happy woman today? and i told my self that any lender that rescue my family from our poor situation, i will refer any person that is looking for loan to him, he gave me happiness to me and my family, i was in need of a loan of $250,000.00 to start my life all over as i am a single mother with 3 kids I met this honest and GOD fearing man loan lender that help me with a loan of $250,000.00 SG. Dollar, he is a GOD fearing man, if you are in need of loan and you will pay back the loan please contact him tell him that is Mrs Sharon, that refer you to him. contact Dr Purva Pius,via email:(urgentloan22@gmail.com) Thank you.